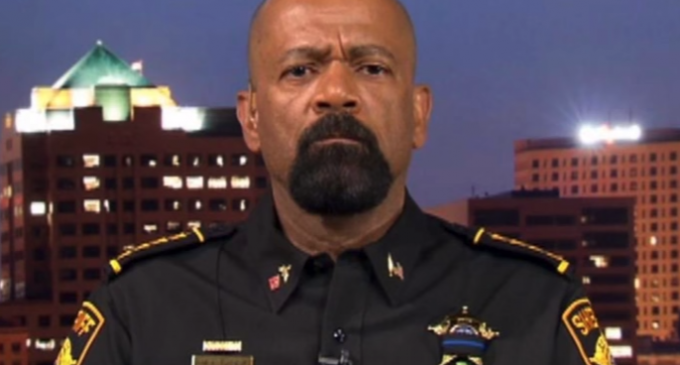 Milwaukee County Sheriff David Clarke made a big announcement a few months ago that left people a bit puzzled.

This generated a lot of talk as David Clarke is no ordinary sheriff and something of a legend to most folks regardless of where they love or hate him.

Clarke is notorious for his tough talk meets action persona. Born the son of a soldier in a predominantly white neighborhood in the 1950s, Clarke decided to do what any sensible African-American man should do to help reduce violence and racial tensions wrongly associated with the police, he went into law enforcement.

He quickly rose up to the top of the ranks, even managing to hilariously pull one over on uninformed liberals by wining his position as sheriff by running as a Democratic, despite being a stanch hardcore Republican backed by NRA.

Liberals still haven't forgiven him. Clarke, however, takes it all in stride and helps the snowflakes melt even faster by adding fuel to their flames by refusing to be politically correct or bullied.

He criticized President Barack Obama, claiming he had a “love affair with criminals.” He started using “Black Lies Matter” when speaking of the Black Lives Matter movement.

Continue reading on the next page to hear the big announcement concerning Clarke’s departure from the Milwaukee police department…and where he is going: