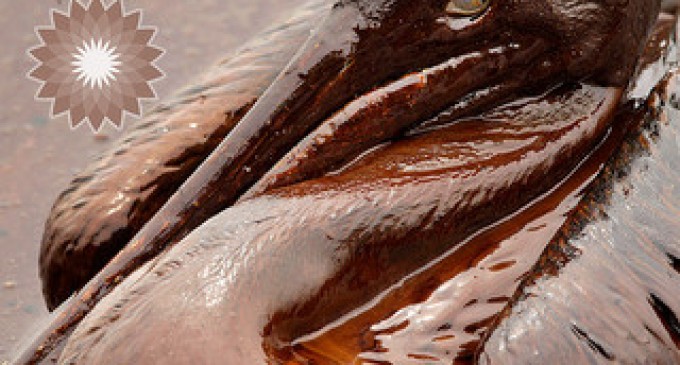 BP is currently pursuing litigation to stop making Gulf spill restitution payments that it agreed to in a court settlement.

Meanwhile, the US government already restored BP's right to federal contracts and drilling.

What are the odds that those that should be recompensed by BP for the incredible damage they've caused actually receive what is coming to them?

Perhaps what best explains why the US government restored BP's right to federal contracts and drilling the other day is this fact: It is the sixth largest corporation in the world in revenues (as calculated by FORTUNE).  Public Citizen sent out an email excoriating the federal action:

Today’s announcement lets a corporate felon and repeat offender off the hook for its crimes against people and the environment. This is a company that was on criminal probation at the time of the 2010 Deepwater Horizon disaster, and it has failed to prove that it is a responsible contractor deserving of lucrative taxpayer deals.

The EPA’s condition of the retention of an independent auditor to ensure the company complies as a responsible contractor is inadequate protection for taxpayers. While we applaud the EPA for initiating the ban, it is premature to end it. BP has failed to demonstrate that the corporate culture that allowed the Alaskan pipeline spill, the Texas City refinery explosion, the propane market manipulation and the Gulf Coast tragedy has changed.

Given that the BP Gulf spill was the largest accidental oil pollution of a body of water in history, one would think that the company (which earned a $13.4 billion profit in 2014) would be on its best behavior.  That is hardly the case.

In fact, BP is currently pursuing litigation to stop making Gulf spill restitution payments that it had agreed to in a court settlement.  That's right; it is trying to get the legal system to allow the company to alter the terms of how it would pay compensation to plaintiffs represented in a class action suit — even though BP signed the agreement.

BP was just dealt a serious setback when a federal court chastised the company for trying to renege on the settlement terms, as the Wall St. Cheat Sheet website reports:

[A] three-judge panel of the Fifth Circuit appeals court in New Orleans came to a decision that will change the course of BP’s (NYSE:BP) fight over the manner in which victim compensation claims for the 2010 Gulf of Mexico oil spill are determined. That ruling held that the settlement of a class action brought by Gulf Coast businesses who endured the months-long oil leak that befouled beaches, killed wildlife, and disrupted the economies of their state was legal.

The judges stated there was “no merit” in the company’s argument that a deal allowing businesses unaffected by the Deepwater Horizon disaster to claim compensation should be illegal. Plaintiffs’ lawyers took that decision as a victory; it upheld a pact worked out by the company’s own lawyers and stymied BP’s efforts to rewrite history and the settlement….

[O]n January 10, two of the three Fifth Circuit judges rejected BP’s argument that individual fraudulent payments undermined the validity of the overall settlement. “Indeed the reason that BP has identified no [legal] authority for this proposition,” Judge W. Eugene Davis wrote in his opinion, seen by Bloomberg Businessweek, “is that it is nonsensical.” A statement issued by lead plaintiffs’ attorneys Steve Herman and Jim Roy called the Fifth Circuit ruling “an enormous victory for the gulf and an important step forward in ensuring that every eligible claimant is fully compensated according to the objective, transparent formulas spelled out in the settlement agreement that BP co-authored and agreed to.”