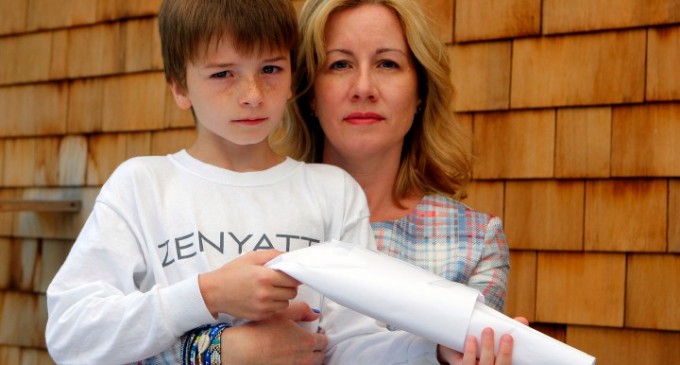 8-year-old Asher Palmer, a special needs boy, was recently suspended from school for rolling up a piece of paper ‘like a gun' and pointing it at other students.

The Lang School in New York, which is private bastion with an annual tuition of $51,500, specializes in students with language difficulties.

“Asher is exactly the type of student Lang is supposed to be serving,” states Melina Spadone, the boy's mother. “Why they did this doesn’t make sense.”

It doesn't make sense because it's yet another case of the ridiculous vilification of guns by the left – seeking to ‘educate' a culture that guns are ‘horrifying'.

She was incensed that Principal Micaela Bracamonte told other staffers in an email that Asher “had a model for physically aggressive behavior in his immediate family.’’

Spadone thinks Bracamonte was referring to her husband because he served in the military during the Kuwait war. If that was the reason for the comment, she said, “I find it offensive and inappropriate.’’

As far as the toy gun is concerned, she said Asher, a first-year student, made it out of a piece of paper after discussing military weapons with his dad. His teachers told him not to point it at anyone, and he obeyed for a while.

The school claimed Asher also said he’d “kill’’ a girl in a separate incident — a typical argument between youngsters. While her son may have made the threat, Spadone said, people use the word “kill’’ all the time, and it shouldn’t be taken literally.

Spadone, who lives in Hell’s Kitchen, said the private school in lower Manhattan is supposed to help with social-behavioral issues of kids like Asher, who has been diagnosed with ADHD and problems communicating.