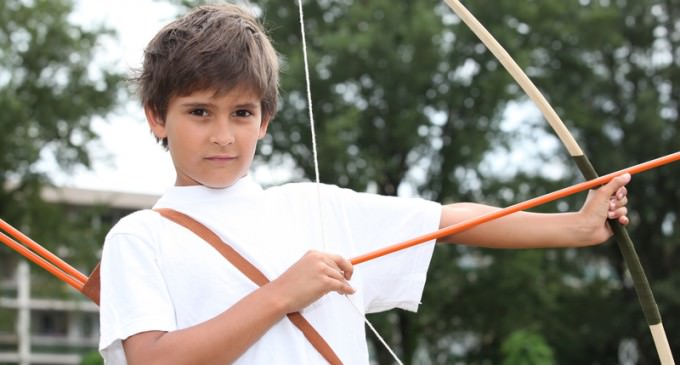 A six-year-old boy was suspended this week from a Catholic elementary school in Cincinnati for using a weapon on the playground. However, this weapon is unlike most of the ones you see in the news these days because it wasn’t real.

That’s right, the boy drew back the string of a bow and arrow he’d made in his mind and shot absolutely nothing at his friend. This was all because they were pretending to be Power Rangers.

Unfortunately, the principal didn’t see it that way. He responded to the boy’s act of imaginary violence by suspending him for three days.

Read what the principal had to say on the next page.