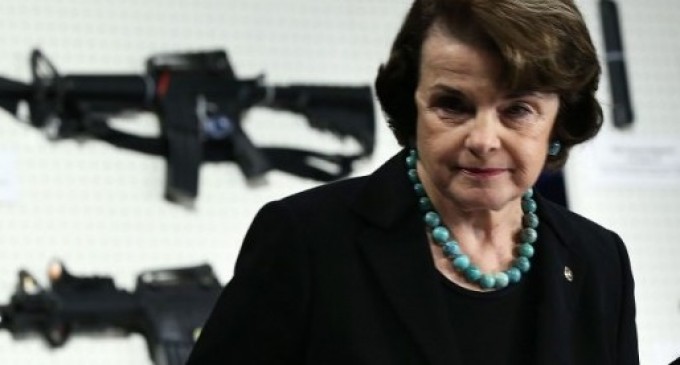 In the wake of the recent shooting in the Isla Vista community near Santa Barbara, CA, U.S. Senators Barbara Boxer and Dianne Feinstein introduced “The Pause for Safety Act.”

This is nothing short of a gun confiscation bill. What it basically does is allow anyone at any time to seek a “firearms restraining order” against anyone else, which would not only prevent them from purchasing a gun, but would also allow law enforcement to confiscate whatever guns they might have.

John C. Fields, director of the California Rifles and Pistols Association, states, “In other words, if there was somebody you couldn’t stand, and they were a firearms owner, you could in effect call the authorities to them and say, ‘Hey, this guy is a nutcase and you need to come over and confiscate his guns,’ and there would be little or no protection against that.”

The new legislation – The Pause for Safety Act – will include the following provisions:

Believing that the first line of defense against violence by unstable individuals lies with those that know them best, California lawmakers introduced a gun control bill before Congress Thursday that would permit family members to confiscate weapons from people posing a threat.

Sens. Barbara Boxer and Dianne Feinstein and Rep. Lois Capps co-authored the Pause for Safety Act, which would establish a federal grant program for states to fund a system where family members who are concerned about a person’s mental stability could petition the court for a gun-violence prevention warrant.

The warrant could prevent the person from buying a gun and would empower the police to confiscate guns already owned by the person if they’re deemed a threat by the court.

“We must do everything in our power to keep firearms out of the hands of those who pose a serious risk of harm to themselves or to others,” Feinstein said in a statement released by Boxer’s office.

“The bill would allow those who know the most about the condition of someone who poses a risk of committing violence to take steps to remove firearms from that individual’s possession.”

The bill was inspired by the May 23 mass shooting and stabbing spree by former 22-year-old Santa Barbara City College student Elliot Rodger, who killed six people and himself in Isla Vista, Calif. Before the shooting, Rodger’s mother had called police and asked them to check on her son after seeing a disturbing video he posted online, but authorities said the man didn’t meet the criteria for an involuntary hold, despite having a history of mental illness.

“It is haunting that the family of the gunman who committed this massacre in Isla Vista was desperate to stop a tragedy, and yet they lacked the tools to do so,”Boxer said. “My bill would give families and associates who fear someone close to them could commit violence new tools to help prevent these tragedies.”

The Pause for Safety Act would make checking gun registries a mandatory and universal practice in states that have them, instead of a discretionary resource for law enforcement officers.

“No one is safe in America anymore. Not in their schools, not in a movie theater, not in their workplace, not their home, and not on a beautiful college campus overlooking the Pacific Ocean,” Boxer said in introducing the measure. “We have a function here, not to allow someone who’s unstable or violent, not to allow that person to get a weapon.”