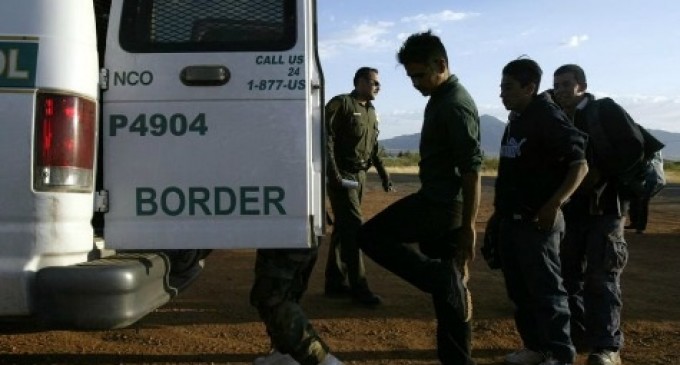 The San Diego Sector of the U.S. Border Patrol is making plans to receive, process, and then release 500 illegal aliens into the U.S. every week who are shipped in from the Rio Grande Valley Border Patrol Sector in Texas.

After processing they receive a court date, but the vast majority don't show up for court, of course.

I don't think our government officials will be happy until the US and Mexico merge into one country.

The National Border Patrol Council (NBPC) revealed to Breitbart Texas that the San Diego Sector of the U.S. Border Patrol is making plans to receive, process, and then release 500 illegal aliens into the U.S. per week who were shipped in from Texas, specifically from the Rio Grande Valley Border Patrol Sector.

“The Murrieta Border Patrol Station of the San Diego Sector is not equipped to handle that type of influx of illegal aliens, both in terms of manpower and infrastructure,” said Shawn Moran, Vice President of the NBPC, in an exclusive interview with Breitbart Texas. The station is generally utilized as Border Patrol station, not a processing center.

“Once processed, the illegal aliens will be given a court date and paperwork telling them when to report back,” said Moran. He acknowledged that most never do. Moran elaborated, “They will be released into a city that has no services to assist them, no shelters for them, or even a bus station.”

Moran told Breitbart Texas, “According to information we have received, no one in the Border Patrol is even going to notify the City of Murrieta about this plan or the influx of illegal aliens they will receive.”