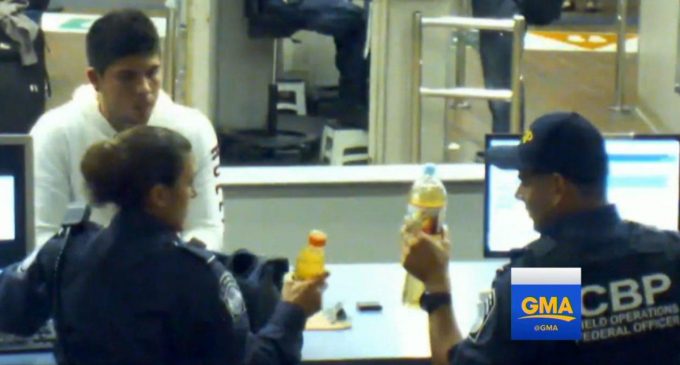 Just this past week, disturbing government surveillance video was released showing Border Patrol agents that appear to encourage a 16-year old boy to drink liquid meth until he died.

The video surfaced after being obtained by ABC News. Members of Congress have reacted strongly and begun to look into the matter and what protocols U.S. Customs and Border Protection (CBP) has in place to prevent a reoccurrence.

Within two hours of drinking the concentrated liquid meth, Cruz Velazquez died. The two officers responsible for allowing this to happen remain on the job and have not faced disciplinary action.

Lawyers representing the boy’s family have pushed for a full investigation and worked to achieve a financial settlement with the U.S. government.

On the next page, find out how this situation was allowed to happen, how members of Congress have reacted, and what CBP policies may have been violated by the agents in question according to border protection experts.