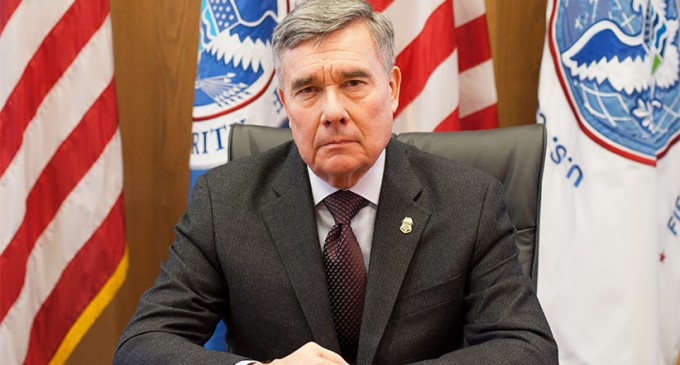 Traitors and tyrants in the Obama administration should be tarred and feathered for their arrogant, lawless acts. Instead, they want to get rid of law-abiding federal workers who would like to do their jobs correctly. And it all comes from the top. President Obama has violated law and policy so many times regarding illegal immigration that it is simply accepted that he will do whatever he can to open the borders and destroy the livelihood and security of American citizens.

He also hires thugs and law breakers such as Customs and Border Protection Commissioner R. Gil Kerlikowske to carry out his will. Kerlikowski ironically oversees border protection and the U.S. Border Patrol, and on Tuesday he advised agents who have a problem with Obama's illegal amnesty program that they should just quit. His remarks came as House GOP leaders announced that they will vote on whether to have their chamber join a lawsuit trying to halt the amnesty program.