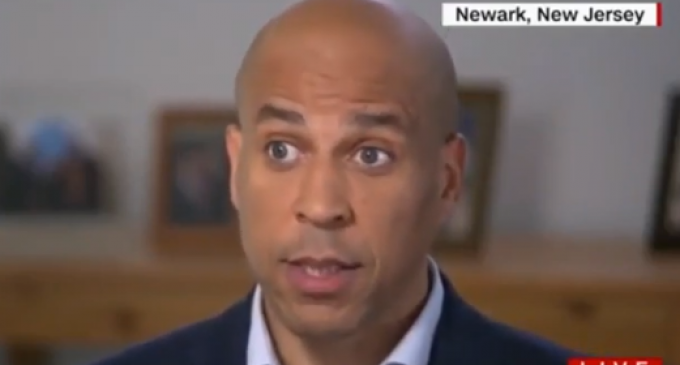 CNN's chief Washington correspondent Jake Tapper began Sunday's “State of the Union” saying that President Trump and the U.S. got “excellent economic news Friday” acknowledging that “unemployment hit 3.6%. That's the lowest since 1969.” However, the concession was a pretense to give New Jersey presidential candidate Cory Booker opportunity to shoot that remarkable achievement down later in the program.

Tapper set Booker up with “The last time the unemployment rate was this low I was nine months old, you were eight months old. 1969. How do you make a pitch to voters, the economy's thriving, let's get rid of the president?”

After making weak arguments to minimalize Trump's great numbers, Booker said: “First of all, I love Trump is taking credit for a recovery that started under Obama. Who is this economy going to work for? We have a tax plan that was all about giving the wealthiest plan more of a break. My vision for this country is target things like massive increasing income tax credit to actual workers. We have to make sure this is a shared recovery. Right now it definitely is not.”