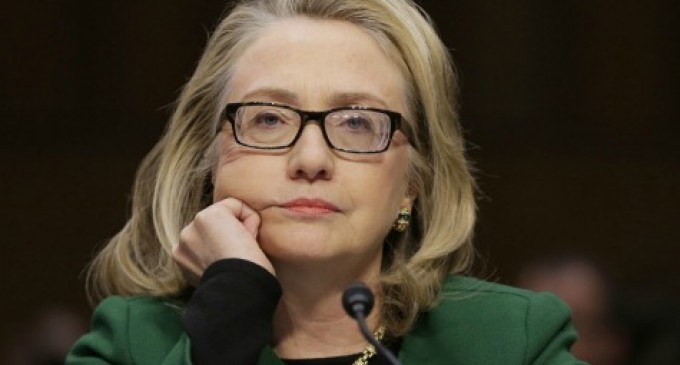 According to the new book ‘Blood Feud' by Ed Klein, Hillary Clinton has a bad heart and has a tendency to form blood clots.

Doctors have stated that “She has to be carefully monitored for the rest of her life.”

Her medical condition is quite severe and she's wanted to keep it private in anticipation of a 2016 presidential run. More baggage to foil her potential to become our next president.

Author Ed Klein writes in Blood Feud, due out this week, that doctors at New York-Presbyterian Hospital diagnosed Clinton with several problems after she fainted at the State Department in late 2012, according to excerpts published late Sunday on the Drudge Report.
“She had a right transverse venous thrombosis, or a blood clot between her brain and skull. She had developed the clot in one of the veins that drains blood from the brain to the heart. The doctors explained that blood stagnates when you spend a lot of time on airplanes, and Hillary had clocked countless hours flying around the world,” Klein writes, according to the excerpts.

Clinton had an “intrinsic tendency to form clots and faint” Klein added, citing fainting spells in Buffalo and Yemen and “other unspecified fainting episodes.”

The fainting spells indicated there was an underlying heart problem, Klein writes, adding that a cardiac stress test “indicated that her heart rhythm and heart valves were not normal.”

Klein wrote that sources were told that Clinton’s doctors considered performing valve-replacement surgery. That option was ultimately rejected, Klein writes, but former President Bill Clinton was warned that Hillary Clinton “has to be carefully monitored for the rest of her life.”

Hillary Clinton is considered the Democratic frontrunner for president in 2016 if she decides to run.

The State Department in late 2012 said she had fainted and suffered a concussion. 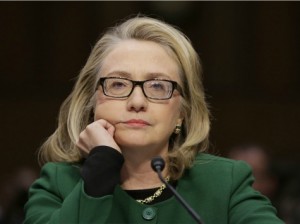