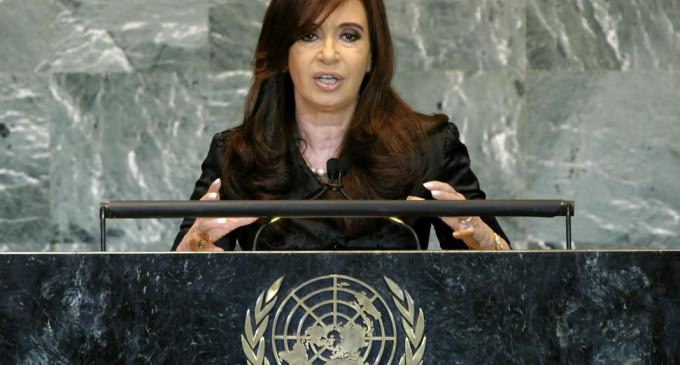 The bombshell speech given by President Cristina Fernández de Kirchner at the UN was not widely aired.

The Argentine President stated that a former White House Coordinator for Arms Control and Weapons of Mass Destruction under Obama secretly inquired if Argentina would supply Iran with nuclear fuel. This all ties into the nuclear deal Iran finally won from the US with total UN blessing.

U.S. media mostly ignored this. It made Obama look like what he is: a traitor and a liar.  At this point, he things he has gotten away with it and that it won’t come back to bite him later.  While he may not face prison, he certainly has set his legacy as the worst and most destructive and dangerous president this nation has seen.

Well, this is big news…why keep it secret?

What reasons would Obama risk the US being caught brokering a nuclear fuel deal for Iran? Move to the second page: