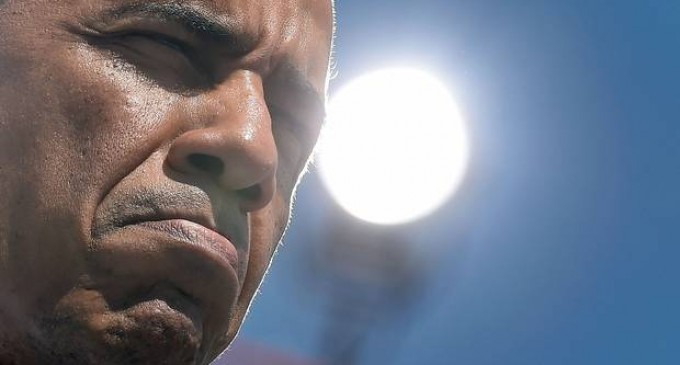 For the first time in our nation's history, the leader of a chamber of Congress has been authorized to sue the President.

The House of Representatives voted 225-201 to back Speaker John Boehner's suit against Obama for his illegal act of unilaterally extending employer mandate deadlines set in the Affordable Healthcare Act.

Obama's response, “Just come on. Come on and help out a little bit. Stop being mad all the time. Stop hating all the time. Come on. Let’s get some work done together.”

As RT noted previously, the president delayed the mandate – which would penalize employers who chose not to offer health insurance to their workers – for one year back in July 2013. When it was supposed to take effect this year, it was again pushed back into 2015. If filed, the lawsuit would attempt to make Obama implement the ACA exactly on the timetable that was originally passed by Congress – despite Republican attempts to repeal the legislation in its entirety.

All but five Republicans voted in favor of suing the president, while all Democrats voted against the proposal. Speaking on the floor of the House before the vote took place, Boehner dismissed allegations that the lawsuit is yet another round of political gamesmanship between the two parties.

Other Republicans also framed the vote in terms of Congress’ constitutional responsibility.

“If there were a Republican president doing the same thing, I would feel just as strongly. This is about the Constitution,” said Rep. Virginia Foxx (R-N.C.) to the Huffington Post. “For too long, this body, under the leadership of both Democrats and Republicans, has ceded parts of our constitutional authority to the executive branch.”

Immediately after the vote, White House advisor Dan Pfeiffer criticized the House. “Instead of doing their job,” he told CBS News’ Mark Knoller, “they are suing the President for doing his.”