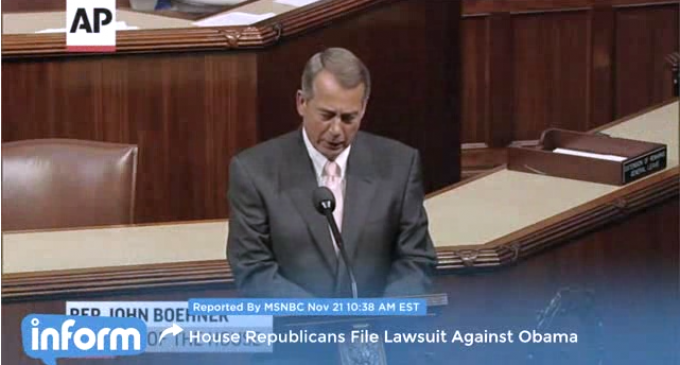 The House authorized a lawsuit against President Obama for breaking 2 laws when he made altercations to Obamacare last summer. This past Friday the lawsuit was finally filed and focuses on 2 specific crimes Obama committed with his changes to the Affordable Health Care Act.

According to the Speaker’s Office, the lawsuit filed Friday will challenge two aspects of Obama’s actions:

Boehner stressed in his statement that the House needs to stand up to protect its power.

“If this president can get away with making his own laws, future presidents will have the ability to as well,” the Speaker said. “The House has an obligation to stand up for the Constitution, and that is exactly why we are pursuing this course of action.”