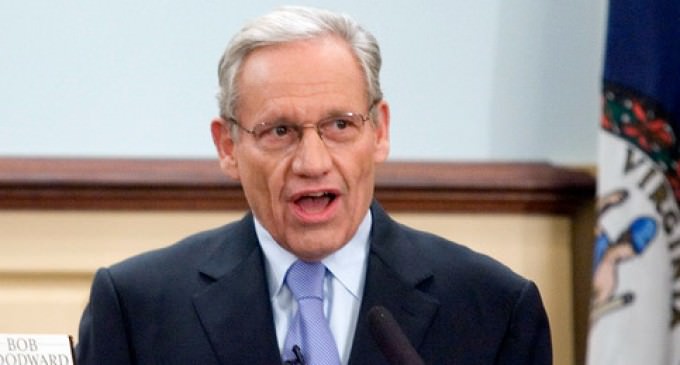 The parallels between the Hillary email scandal and Watergate are clear, according to Bob Woodward, the famous Journalist who exposed President Richard Nixon.  Mr. Woodward speaking on a MSNBC panel Monday,  stated that emails being wiped clean, during her tenure as Secretary of State not only brings suspicion , but reminds him of the Nixon tapes being “wiped”.

Nixon had his infamous “tapes”, which were recorded (and portions erased) in the oval office,  at first, he also refused to turn over his tapes.  Finally as the investigation dragged on, and partly due to true investigative journalism by Woodward and Carl Bernstein, Nixon finally had to comply.

[VIDEO] Watch the MSNBC discussion with Bob Woodward on the next page about how Hillary and her brain trust seem to be walking in lock-step with Nixon: