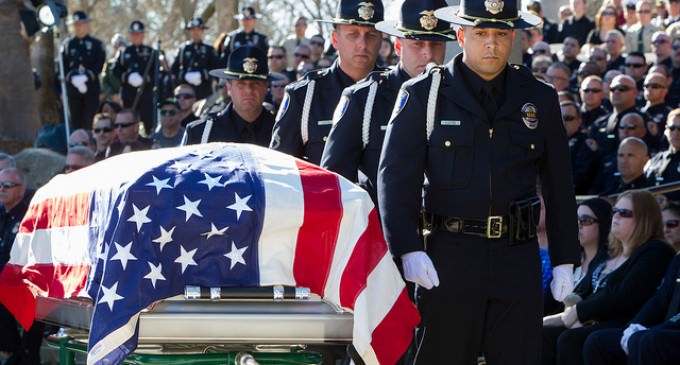 Rep. Ken Buck, R-Colo., introduced a bill in Congress that would make it a hate crime to target a police officer.  Dubbed the Blue Lives Matter Act of 2016, the bill would expand the federal hate crime statute to include law enforcement officers who are targeted for acts of violence because of their jobs.

Buck said that the law would provide federal prosecutors an extra measure of authority in cases in which police are gunned downed and ambushed in the line of duty.  “It would work the same way as existing hate-crime laws do which allow federal prosecutors to bring additional charges in cases in which victims are targeted for violent crime because of their background.”

Go to the next page for the outcome of the Blue Lives Matter bill.