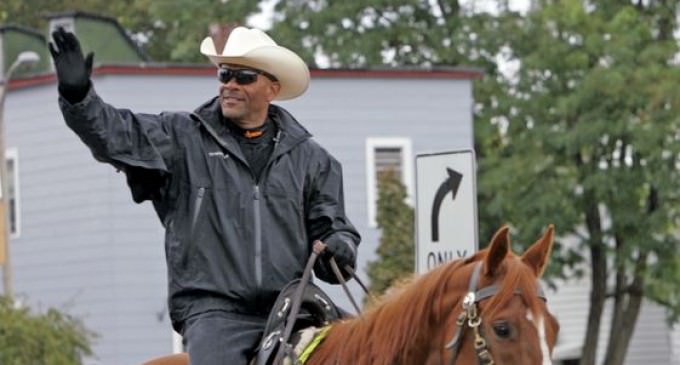 Clarke gained a lot of attention earlier this year when he stated that the 2nd American Revolution would happen upon gun confiscation and also stated that he would never enforce any gun control or confiscation laws should the be passed.

Sheriff David Clarke, a Democrat, is now almost sure to win in November because no Republican is challenging him, The Washington Post reported.

The race took on national tones just last week when Mr. Bloomberg — who helps head the Mayors Against Illegal Guns group and who has taken up a personal crusade to scale back Second Amendment rights — threw in $150,000 to defeat Sheriff Clarke. That amount was more than what Sheriff Clarke and his opponent, Chris Moews, spent on their entire campaigns, The Post reported.

But Mr. Bloomberg’s efforts to sway voters down the anti-gun path failed.

The Post reported that 100 percent of precincts have reported, giving Sheriff Clarke a 4,700 vote lead. But Mr. Moews has yet to concede, deciding instead to wait for the count on the 6,000 absentee ballots.

Sheriff Clarke made national headlines with a public service ad in 2013 in which Townhall reported he stated, in part: “I’m Sheriff David Clarke and I want to talk to you about something personal: Your safety. It’s no longer a spectator sport. I need you in the game. But are you ready? With officers laid off and furloughed, simply calling 911 and waiting is no longer your best option. … Consider taking a certified safety course in handling of firearms, so you can defend yourself until we get there. You have a duty to protect yourself and your family. We’re partners now. Can I count on you?”

The sheriff was also a featured speaker at the National Rifle Association’s annual meeting in Indianapolis — during which he harshly criticized Mr. Bloomberg’s anti-gun efforts. 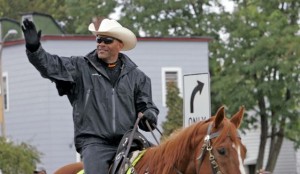