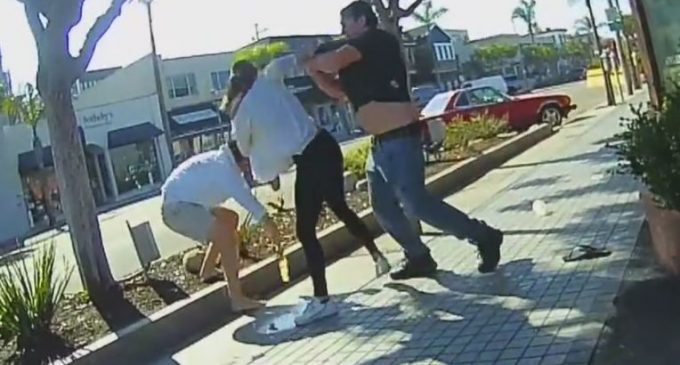 A man in California obviously forgot the liberal's highest dicate: Should you ever offend anyone you must fully prostrate yourself for at least 10 minutes. A ‘miscreant' in Manhatten Beach commited the offense of refusing to put on a mask after an offended woman demanded that he do so and ended up with a face full of hot coffee.

California's new requirements for the pandemic require that people wear masks in public even when outside, especially if they're within six feet of another person. When confronted by the woman, the two men said they didn't believe in masks, sending her into “How dare you! land – a place where liberals are allowed to break the law.

After assaulting the man with her hot beverage, a bloody brawl broke out that led to her boyfriend's ass getting beat. “How dare you! land is well-known for affecting one's memory when it comes to the subject of consequences.