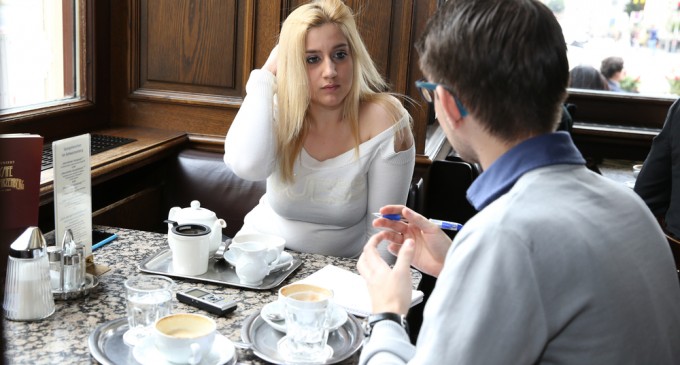 Austria, once a place where women had the freedom and safety to come and go as they please, are now warned by police that they should not be out after 8 p.m., should dress modestly and dye their blond hair to blend in with the Muslim sharia culture.

The blond student, Sabina, waiting for her train, was approached by a middle eastern man, who spoke to her in a foreign language.  He put his hands through her blond hair and intimated that in his culture there were few blonds.  He left momentarily after being told by Sabina to leave.

The Muslim man returned with three other men who surrounded her, pushed her to the ground, stole her handbag with her cards and then proceeded to beat her, leaving her alone on the train platform.

Read the how the police did nothing for her protection, except warning her to dye her hair and dress modestly on the next page.