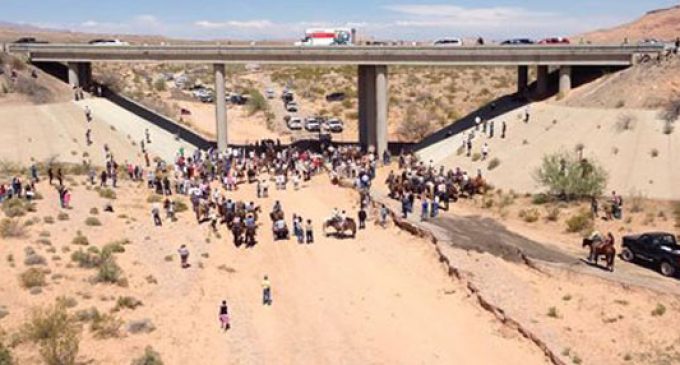 In the face of threats from Bureau of Land Management bullhorn threats such as “one more step and you’re dead,” protesters continued their slow march towards BLM today. The protesters, supporters of rancher Clive Bundy, strode past the armed federal agents toward the cattle pen containing Bundy's cows.

Please don't forget to share this on social media. The government has already blocked media via the FAA no-fly zone over the ranch and cell and video uplinks were taken down. Help us spread the word!

In the end, 100 of Bundy's cattle were released due to the protesters' stoic refusal to be bullied by federal threats they would be shot.