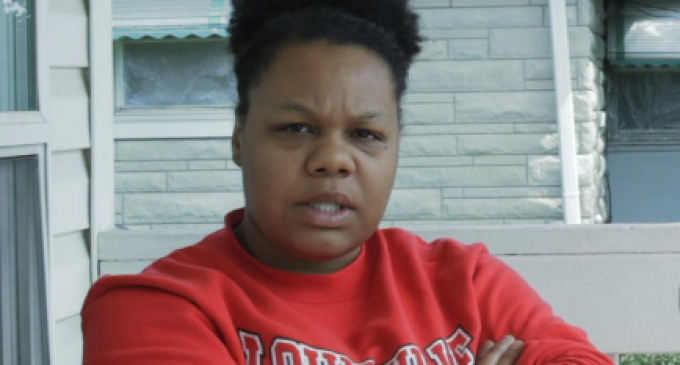 BLM leader, Chanelle Helm gave white people a disturbing ultimatum this week. Give your homes in nice neighborhoods to black people or wait to be branded a racist and your home consequently forcibly taken away when tried for a “hate crime”.

Such talk used to be the folder of satire columnist mocking black activist for their ridiculous entitled lazy attitudes. The communist left has been banking for years on white people brushing off such crazy rhetoric as drug induced lunatic ravings. Today the racist Democrat victimhood campaign has run so deep that BLM actually believes white people are racist if they don’t give them their homes and other assets.

As, yes, white people giving up their homes was only the 1st thing on BLM’s spokesperson Chanelle Helm’s list. Turn the page to see the other 9 demands and what Helm’s is threatening BLM will do if whites refuse to comply with the rest of these demands.