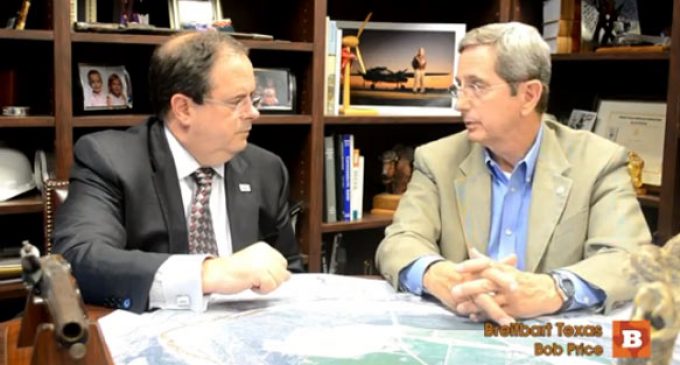 The Bureau of Land Management (BLM) has its tentacles in many other areas than just Nevada ranchland, where they've been dealt a recent setback. Now state officials in Texas are coming to the defense of landowners along its border with Oklahoma near the Red River. The BLM field office in Oklahoma maintains the 90,000 acres in question is legally under their control, but Texans see the issue differently.

“It’s not the BLM making any such claim as to the status of the land,” bureau spokesman Paul McGuire told Breitbart Texas. “That land was a matter that the courts adjudicated decades ago, going back to the 1920s in fact. The Supreme Court settled the matter as to where the public land in the Red River was. So BLM is really just proceeding on those earlier court decisions.”

The bureau announced Wednesday it was taking control over the land, and Texas Attorney General Greg Abbott has sworn to fight it. Now, Texas General Land Office Commissioner Jerry Patterson has joined the battle, disputing the federal government’s position.

If the federal government wants to wrestle control, it will have to conduct a thorough, lengthy and expensive survey to prove its case, and battle Texas in court, Patterson said. He also wondered about the government’s sudden interest in the Red River area, after more than 100 years of neglect.

“The BLM’s newly asserted claims to land along the Red River threaten to upset long-settled private property rights and undermine fundamental principles—including the rule of law—that form the foundation of our democracy,” Abbott, the attorney general, wrote on his agency’s website. “Yet, the BLM has failed to disclose either its full intentions or the legal justification for its proposed actions. Decisions of this magnitude must not be made inside a bureaucratic black box.”

Let's not forget that the federal government does not take kindly to resistance of any kind, however and this administration has shown no concern at all about spending money to crush any resistance – after all, it's your taxes that fund their court battles.

Here's the interview with Commissioner Patterson: