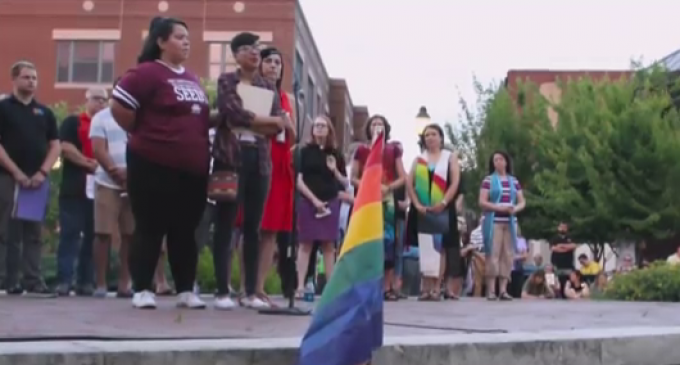 Selfies are the perfect metaphor for the tender snowflakes today who are hurt, angry and sensitized against a mean old society that will not give these young, inexperienced, entitled children their fifteen minutes of fame. Self-absorbed, vacuous, and free of meaning, they are significant only to themselves.  The video below at the University of Missouri presents a poorly attended rally that was purportedly held to honor those killed at the gay nightclub in Orlando over the weekend.

But the young girl speaking turned it into a farce when she looked at the crowd and tearfully stated that there should be similar attendance or more at the Black Lives Matter rallies, and even more support for people like her who somehow did not fit in at the Black Lives Matter rallies. And, of course, she took her proforma shots at white people who no doubt should be erased from the planet because of, um, something. She could not go on, and her pitiful and pitiable speech was bizarre and mostly unintelligible. Her parents should demand a full refund from the University because she surly has not gotten her money's worth from this institution of “higher” education.