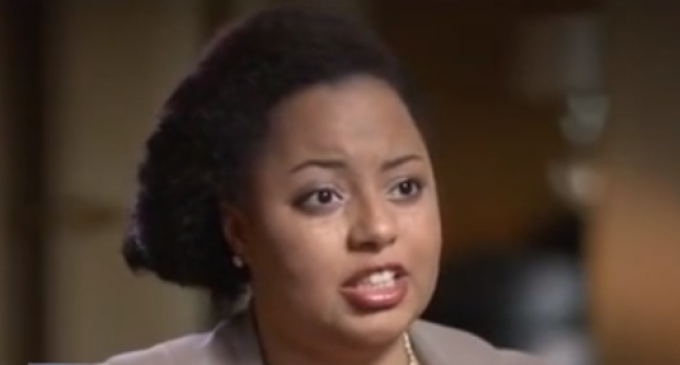 If you happen to believe that all lives matter, then you are racist.  Marissa Jenae Johnson, co-founder of Black Lives Matter believes that “all lives matters” is a “new racial slur”.

The 24-year-old activist from Seattle believes that white Americans are responsible for creating the conditions which require such a phrase.  Sadly, Johnson was allowed to grow up believing she was hated.  She said, “Do you know how horrific it is to grow up as a child in a world that so hates you?” to Fox News national correspondent John Roberts.

Pulling out her victim card, she continued by saying she was literally “being gunned down in the street, while you're being rounded up and a mass incarcerated and forced into prison slavery.”

Only in America can she begin a movement like #BLM, be interviewed by the number one cable news station Fox News and make statements that she was forced into prison slavery.

Johnson's hate for white America and belief that the whites must give up something for the blacks can be read on the next page.