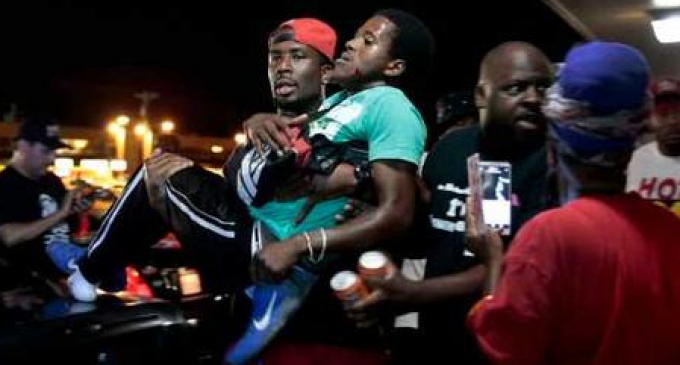 Seems like a peaceful BLM protest is a rare thing, as demonstrated by the Black Lives Matter protest which took place in Ferguson on the anniversary of Michael Brown's death. While the violence was caused by a car that ran over one of the protesters, what happened afterwards is a shock in itself. While blocking streets in Ferguson, a protester was run down by a driver who was subsequently shot at afterwards.

Apparently, the protesters were ready for a firefight.

As the car drove away and the protestor was carried to safety, the sound of gunshots filled the air, as protestors attempted to spray the back of the driver's vehicle with 9mm bullets. According to Ferguson spokesman Jeff Small, the driver didn't intentionally hit the Black Lives Matter activist, and “her story of what happened seems to fit the version of what to happened to a person driving down a busy West Florissant Avenue and not seeing a person standing there.”