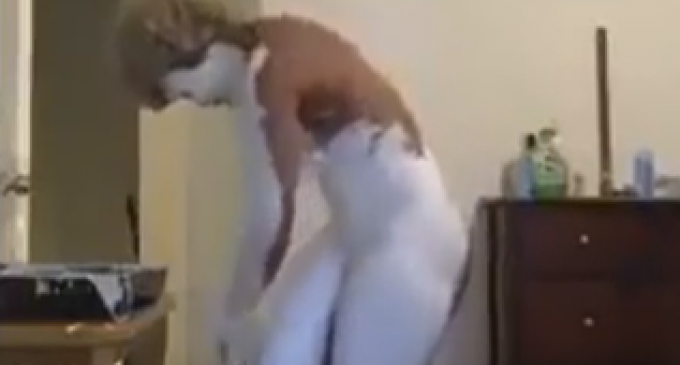 There are some things on the Internet that once you see them, there’s not really a whole lot you can do to unsee them. For example, a nude black woman painting herself white while saying “I have to get all of the n**ger off of me” is defintely one of those things you can’t pretend you didn’t watch. At the same time, however, you can’t read a description like that and not want to watch it.

Have no fear! The video is on the next page.

But first, how about some context? While the riots continue to rage in Charlotte, N.C. and an overwhelming amount of proof pointing to paid activist groups actually flying in from other states to make trouble, the issue of race is once again taking center stage in our great nation. You know that tiresome argument: All cops are racist and white people are the devil. While liberals and groups like Black Lives Matter can write several pages on why this issue is an issue, the solution is actually quite simple. You don’t want to get shot, don’t threaten police, and especially not with a gun. Skin color doesn’t matter. If a white person is pointing a gun at a police officer, you can guarantee they’re going to get shot, as well. But, by all means, keep using racism as a shield from having a legitimate conversation with people who have genuinely had enough.

Or, and hear me out, you can paint you’re entire body white in hopes that nobody will you think you’ll black. And if somebody sees you and calls you out for it, you can call them racist. That’s how it works, right?