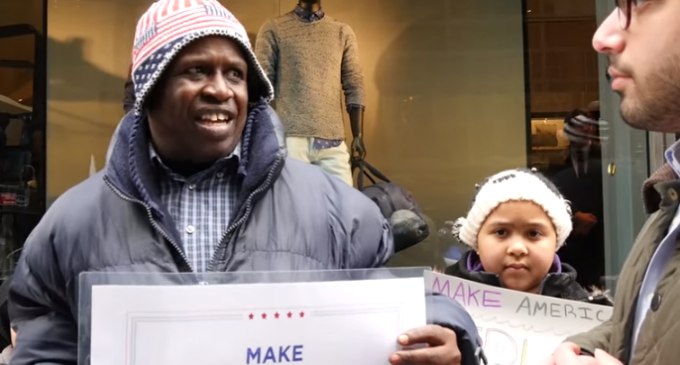 When an African-American Trump supporter appeared at Trump Tower to show support for his candidate against the throng of anti-Trump protesters, a Breitbart news reporter got an earful about why minorities should support The Donald.

Of course, this man wants the wall built, something the establishment fears will come to pass.

Sorry lefty, if we want uninformed, magical thinking we can turn on MSNBC. The real problem is you have nothing to offer other than Bernie or Hillary.

Watch this video and enjoy the perspective of a man living in the economy the D.C. left has created.