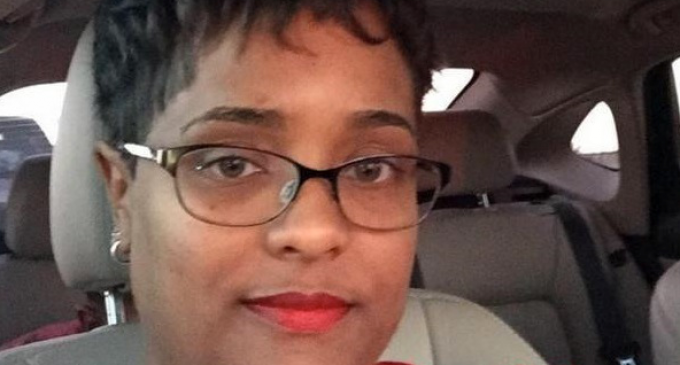 In a profanity-filled tweet, Vinita Hegwood, who teaches English at Duncanville High School in a Dallas suburb, stated:

“Who the [expletive] made you dumb duck a– crackers think I give a squat [expletive] about your opinions about my opinions RE: Ferguson?”

She then made a suggestion: “Kill yourselves.” 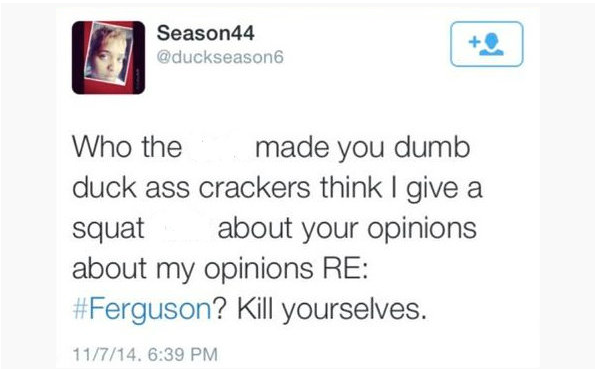 Let’s not be stupid enough to fall for all this divide-and-conquer, race-baiting propaganda perpetrated by our government and the elite-controlled mass media like this ignorant teacher. Communists are the actual enemy.

The school district confirmed it was aware of the tweet in a statement late Sunday:

“As an individual, Ms. Vinita Hegwood expressed an opinion on social media that is solely her own. She used her personal social media account to make remarks that are offensive. While everyone has the right to free speech, as a teacher in the district, we believe the comments that are alleged to be made by Ms. Hegwood are absolutely reprehensible and we do not condone it.”

Hegwood met with the school’s principal, the director of human resources and the district’s superintendent on Monday morning to discuss the online posting, reports KDFW-TV. After promising “swift action” the district announced her suspension:

“The district wants the community to know that the actions of this one individual does not and should not represent the school district. Every day, two hundred and forty Duncanville High School teachers provide a school environment that fosters academic excellence, good citizenship and respect for others. Teachers give their life’s work to shaping the future, and this one individual does not represent our staff or our district.”

“I can’t say it emphatically enough, the nature of the comments are reprehensible, and this district is about inclusion. It’s about diversity. It’s about respect for all people,” school official Lari Barager told the TV station.

Records show Hegwood has worked for the district for two years and has been an educator in Texas for 19 years.