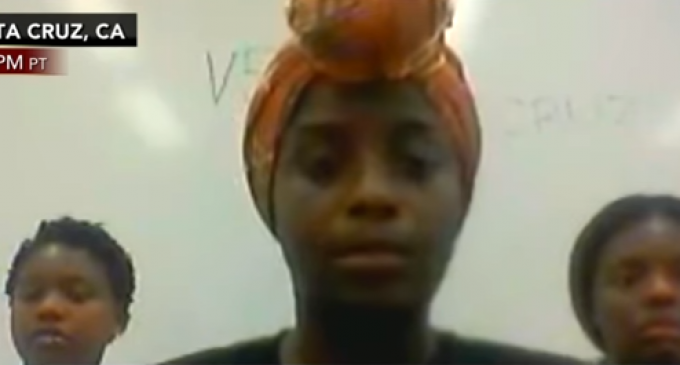 In a scene reminiscent of the turbulent 1960’s, a black student group at the University of California Santa Cruz successfully occupied the main campus building until its demands were met by the school administration.

The African/Black Student Alliance updated its approach, calling the building takeover a “reclamation,” and issuing demands for immediate response while threatening additional demands.

For three days the group occupied Kerr Hall until Chancellor George Blumenthal agreed to their demands. As a result, all black and Caribbean-identified students now have a four-year housing guarantee to live in the Rosa Parks African American Themed House. The building’s lounge will be reopened, the exterior will be painted in “Pan-Afrikan” colors of red, green and black, and all UC Santa Cruz incoming students will be forced to undergo mandatory diversity competency training.

Find out what further demands the group has and the university’s rationale for giving in on the next page.