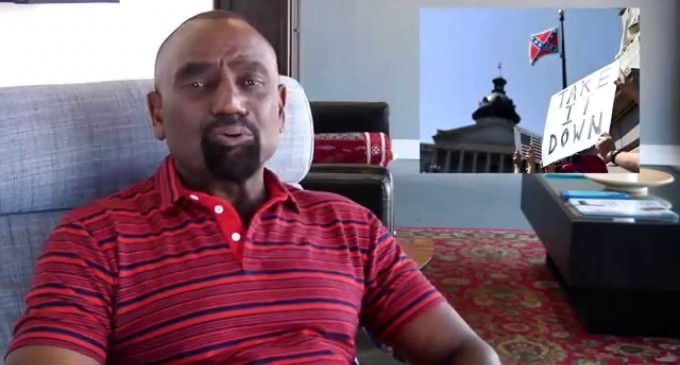 Reverend Jesse Lee Peterson has some wise words for supporters of the liberal narrative that supports banning the Confederate flag. In a video he recorded to address the ridiculous knee-jerk response by Republicans to appease Liberal Democrats, the Reverend shows why this is just like supporting ISIS or other hate-fueled groups who start destroying religious and nationalistic symbols as soon as they invade.

Check out the Reverend's well-spoken argument after the jump and see why he thinks Republicans should be ashamed!