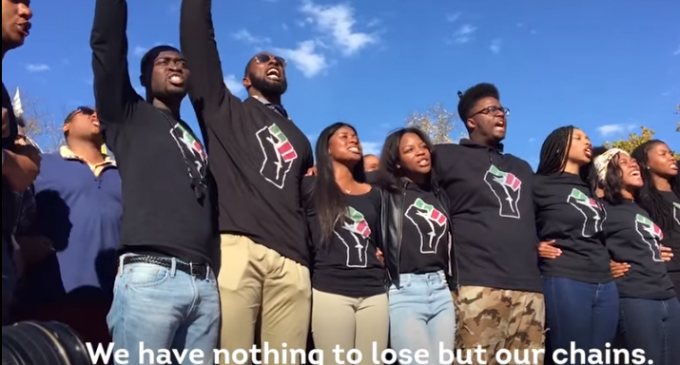 The President of University of Missouri, Tim Wolfe has been forced to resign.  Eight days of a protest over an alleged mishandling of a series of racial incidents, culminated in the resignation of the president.

The crowds, which included 30 black football players, demanded a handwritten apology that included a curriculum for racial awareness, funding for social justice centers, a quota system for job for blacks and that the president to “acknowledge his white male privilege and that oppression exists.”

Read more on the resignation on the next page.