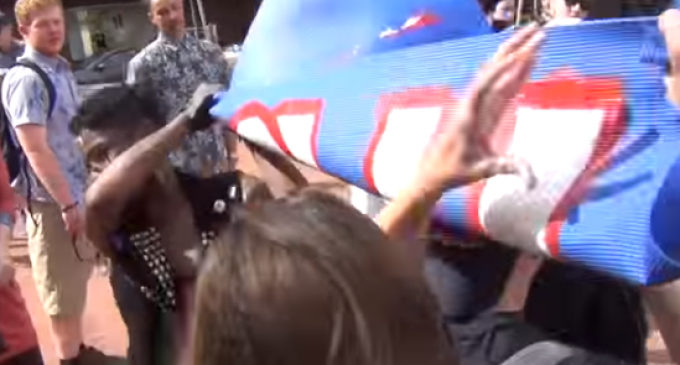 America's liberal collegiate army is back at their favorite activity once again, preaching for acceptance while limiting speech with which they disagree.

It's a hypocritical model that they've been employing for years without ridicule, likely because the nation's media shares the same leftist values as the protestors.

The latest example of this amazing irony comes from Portland State University, where a Students for Trump rally was disrupted by the Black Panthers and Brown Berets. Rather than debate the conservative ideas being trumpeted by the GOP frontrunner's supporters, these activists resorted to their usual brand of violence, vandalism, and general chaos.

To criticize these protestors for their refusals to fight thought with opposing thought may be giving them far too much credit, though. That's assuming that perpetuating liberal values is their ultimate goal. More and more now it's becoming clear that their speech is not inherently political. Mayhem seems to be all they crave.

And at mayhem they succeeded. To see the utter chaos that erupted at the hand of these liberal activists, continue reading on the next page: