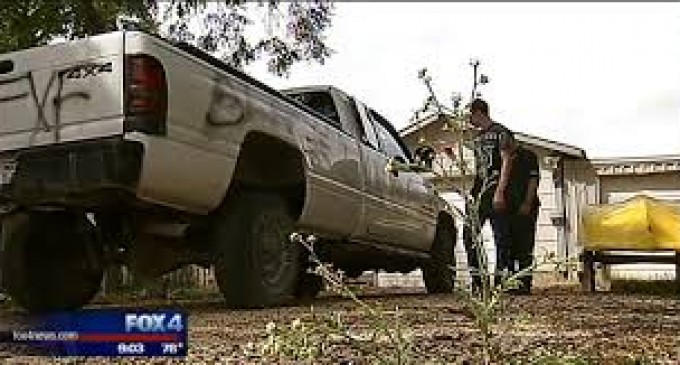 As violence towards police escalate, some Americans want to show support for the “boys in blue”.  Some veterans have a special connection.  Jason Lattin, is a disabled veteran who wanted show a special remembrance in support of Police Officers.  Lattin is in Texas where  Harris County Sheriff’s Deputy Darren Goforth was executed in Houston, Texas, on August 28th while he was putting gas into his car at a Chevron gas station.  “Black Lives Matter” seems to be responsible for vandalizing his truck, with statements spewing venom at the police and whites.

Should the “BLM” movement be designated a “hate group”?