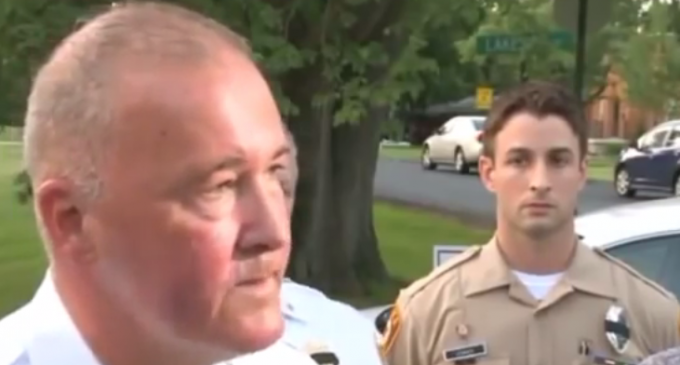 Another community has been affected by the deadly fallout resulting from the Black Lives Matter movement and it's violent activities.

Lakeshire is a small town in St. Louis County, Missouri with only 11 streets and 1,400 residents, yet that hasn't insulated the town from the unrest currently unfolding in major cities like Baton Rouge and Dallas. Last November, officers were forced to use lethal force against a man who attacked family members with a hammer and knife, shooting and killing him. The town remained calm after this incident until last Saturday, when the controversy stoked by Black Lives Matter spilled into the community.

A Lakeshire officer was relaxing at home with his family when someone lobbed a 50-pound concrete planter through a window and entered their home. As the wife and two young children fled for safety, the officer confronted the intruder and opened fire on him, killing him.

The intruder, as it turns out, was Tyler Gebhard, a neighbor of the officers' who had just got into a heated argument with him about Black Lives Matter and police brutality on Facebook. Gebhard was so enraged by the officer's comments that he resolved to walk down the street and commit violence against the officer and his family, showing how dangerous things are getting not just for police but for their families as well.