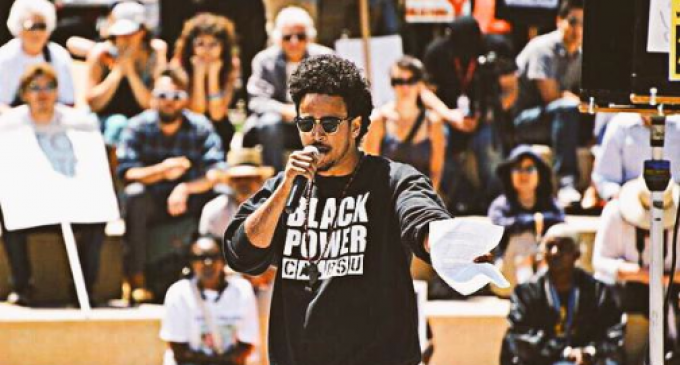 The whole race war scene on social media is absolutely erroneous.  In fact, the whole “Black Lives Matter” movement, is off the mark in a big way.  It's sad all the wasted energy spent on a millenial version of a weak Black Panthers, circa 1971, movement.  Been there, done that, is what many Americans over 60 think.  But history repeats itself, and these Black Lives Matter folks take very seriously their victimhood.

One such participant, Blake Simons, sees himself as the new (one of many) Malcolm X, and he has proclaimed his proclamation to the US-“A New Constitution Or The Bullet”.  Of course writing from his Berkeley dorm room or apartment off campus, reaping an education that many caucasian kids may have lost due to their race, Simons feels “hopeless”.

Again its sad.  For the over $60,000 a year going into his education, all he can produce is a manifesto of sorts, which has no credence in fact.  The fact is, blacks kill blacks 93% of the time.  That 7% can't be all white boogey men cops.

Maybe taking on your own community, taking on the violence the rap stars glorify, taking on the films like “Straight Outta Compton” that chronicles thug rap stars getting rich and getting out of the ghetto-maybe Simons and his other wanna be Malcolm X's should stop blaming their lives and deaths on white cops.  Take your energy and education (Black Studies is his major) and make a real difference.

more on BLM manifesto next page