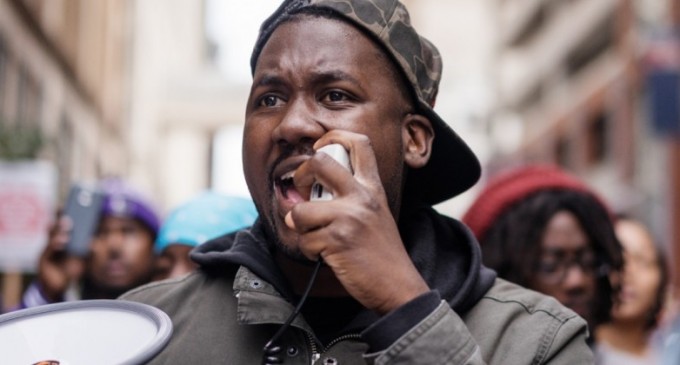 Donald Trump is might not be the ideal conservative candidate for many, but he has several admirable qualities that have the unwashed and the clueless trembling in their boots.

Establishment Republicans see a bull loose in the china shop, uncontrollable by the likes of Mitch McConnell and Kevin McCarthy. Democrats see a strong ego, unafraid of their preposterous labels of racist, homophobe, xenophobe, and misogynist. But there are others that should actually be looking for a hole to hide in. That would be the gangstas, the rappers, and the inner city street thugs that have been terrorizing public venues for the last several years with absolutely no fear that they will be confronted and punished. Trump believes in law and order, and he has the cojones to enforce the rules.

In August, 2014, 18 year old Michael Brown robbed a convenience store in Ferguson, Missouri and assaulted the clerk. When confronted by a police officer several blocks from the store, Brown punched the officer in the face, tried to grab his gun, and was then shot dead as he charged the officer in the street. The ensuing looting and rioting by “Black Lives Matter” thugs was essentially ignored and excused by the black mayor and city officials, and condoned by President Obama and his attorney general. Several other riots have occurred since then, the police have been vilified and unsupported when they have tried to intervene, and criminals have suddenly become saints who are merely trying to “deliver a message.”

Read the threat delivered by rapper Tef Poe to the United Nations on page 2: