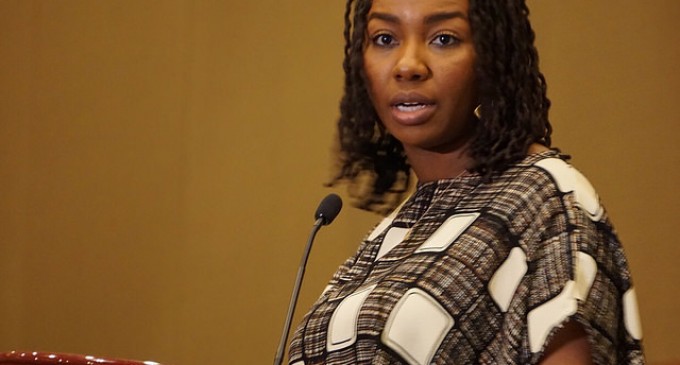 According to one of the co-founders of the Black Lives Matter movement, climate change is racist. Apparently, mother nature is a discriminatory little minx.

During a speech given at Cornell University's annual Martin Luther King Jr. Commemorative Lecture, Alicia Garza, a co-founder of the activist group referred to climate change as “global anti-blackness”. Before you try to find the logic in that statement, know that there isn't any. The claim stems from the fact that six out of the ten countries on the top of the “climate change vulnerability index” are in Africa.

Well . . . it's always cold in Canada, but that doesn't mean that mother nature hates them enough to plummet them into another ice age.

Why are people even surprised that a member of Black Lives Matter would say something that doesn't make sense? Yes, global warming is a complete and total lie, but in this case, that old saying about the enemy of my enemy being my friend is completely irrelevant . . . unless you're Marco Rubio, of course. See what I did there? I can see President Obama sending America further into debt while he researches ways to manipulate “climate change” into a less discriminatory state.

Read what else Alicia Garza wanted to change on the next page. You won't regret it.