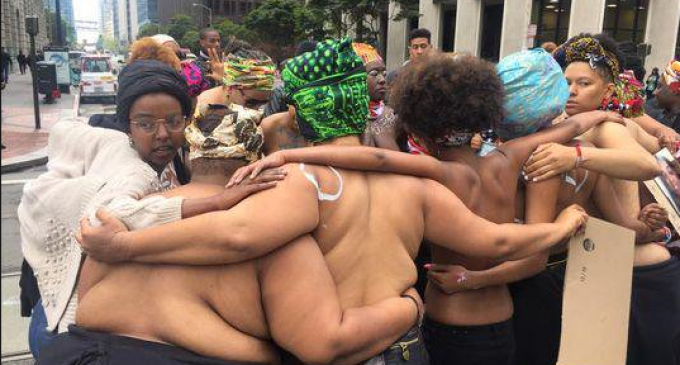 It's something that many conservatives have called from the start, but will still come as a surprise to few: the left has finally started eating it's own.

That's right, the victim-hood mentality endemic among leftists has led to two of their biggest factions splitting. Appropriately enough, the split took place in San Francisco, one of the main hubs of left-wing activity and thought.

Long-known for it's gay-friendly policies, the city has made extraordinary efforts to accommodate and recognize it's LGBT population. This was clearly seen when authorities ordered a beefed-up police presence for the San Francisco Pride Parade in response to fears of another Orlando-style attack on the event.

While one might assume that parade attendees would appreciate knowing law enforcement was taking extra steps to ensure the safety of everyone there, one particular group claimed it felt threatened by the increased police presence: Black Lives Matter. Objecting to the presence of a police department that had what it referred to as a “track record of racist scandal and killings of people of color,” the group and like-minded organizations announced it would not participate in the parade even after being designated as organizational grand marshals for it.