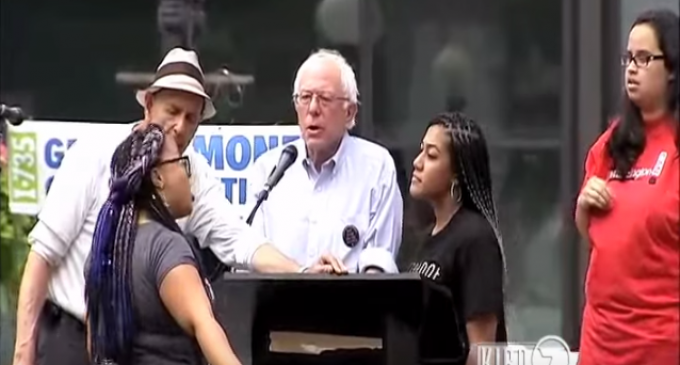 At a rally in Seattle this past Saturday, Bernie Sanders found himself sidelined during a speech as activists from Black Lives Matters commandeered the stage.

On the one year anniversary of Michael Brown's death in Ferguson, two women and a man from a Seattle chapter of Black Lives Matter demanded that Sanders to give them the mic before shoving him aside to address the crowd. After a bit of confusion, campaign officials permitted the activists to take over.