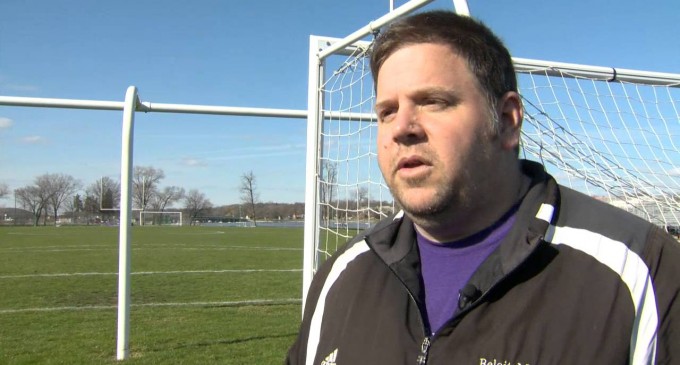 Remember the days when offensive chanting by fans at sports games made you want to play harder? That was, of course, back before participation trophies were a thing. But now days, everybody wins and everybody cries when they get offended, which seems to include walking off the field in the middle of the game because words “traumatized” them.

During a high school soccer game in Elkhorn, Wisconsin, a high school made up of mostly black and Latina girls were left “traumatized” after rival fans changed “Donald Trump, build that wall.” Elkhorn High School girls were beating Beloit Memorial High School 5-0 when the taunting began. Beloit's coach, Brian Denu said that some of his players were so upset that they actually had to leave the field. One of them was even cradled by the assistant coach for “a good 15-20 minutes”.

First of all, last I checked, it's somewhat inappropriate for a high school coach to cradle a student, and second of all the officials had it in their power to make the rude fans leave, yet, they did nothing. Why is that?