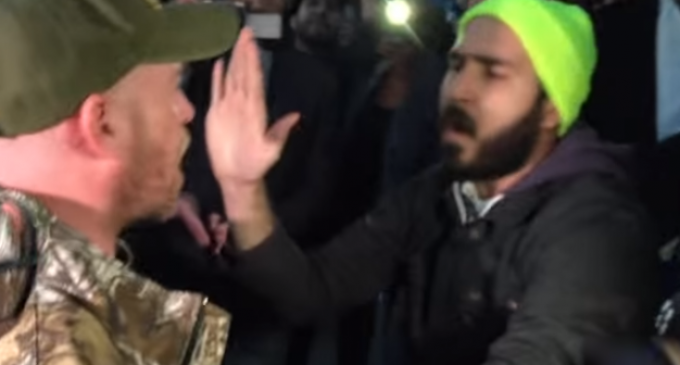 Obama has stirred up such hate for this country, especially in minority groups, that the rage and anger coming out across this nation is being manifested in disheartening ways.  The administration has not come out against the splintering of the nation, where race is pitted against race and rich and against poor, but rather they fuel the fire, while encouraging the divide.

The message is not like that of days following 9/11, where “United We Stand” rang out from sea to shining sea, instead it is a boiling message of hate, from the top down, that America is the blight of the world and the flag is the representation of all things evil in this world.

Outside a Trump event in West Allis, Wisconsin, black activists stomp on the flag and curse and spit on Old Glory, while a veteran attempts to raise her up from her defiled state on the ground and honor her.  The scene is study of the destructive leadership of Obama, who has treated our nation with contempt, dishonored our vets and gives amplification to the voices of divisiveness under the banner of tolerance.

See the videos on the next page.