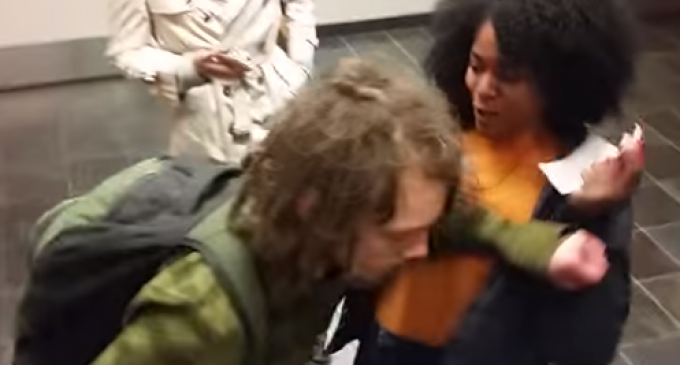 Another day, another attack by an African-American activist on somebody who was trying to mind their own business. This has become a common occurrence over the past couple of years. As this new “Civil Rights Movement” continues to pick up momentum, so does the violence its supporters use to get their points across, which aren't really points as much as they are things for them to cry about.

In this latest incident, a student at San Fransisco State University was on his way to lunch, when an African-American student employed by Associated Students, went to hand Cory Goldstein a flyer and then noticed his hair. Apparently she had a problem with his dreadlocks and said, “Sorry, we don't want people with your hair here.” She then grabbed his arm and tried to keep him from walking away. If you watch the videos on the next page, you'll see that Goldstein wanted nothing to do with this activist and tried to ignore her, but she wasn't having any of it.