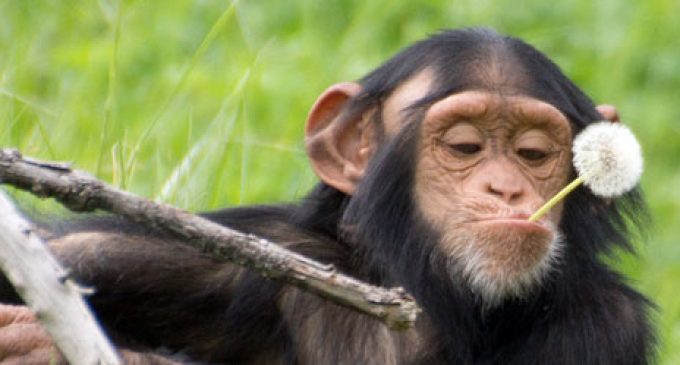 The Nonhuman Rights Project filed three cases in New York seeking to force the release of animals, including “Tommy” a chimpanzee. The organization's argument suggests Chimpanzees should be released from captivity in zoos for the same reason that African Americans were freed from slavery.

The offensive comparison is a dangerous and self-serving effort by progressives to win legal rights for animals via courtroom decisions, said a fellow at the Discovery Institute in Seattle, Wash., Wesley J. Smith, an author and a critic of the claim that legal rights should be shared with animals.

“Can you image what Nat Turner would said if the treatment he got was treated as equivalent to the treatment of a chimpanzee?” he asked.

“We’re not saying blacks and chimpanzees are alike, except in their legal status,” said Steven Wise, the president of the Nonhuman Rights Project.

The legal team is just using whatever legal precedents they can find to win rights for animals, Wise told The Daily Caller.

Despite the stated concerns of the group, the arguments they put forth would probably just erode human rights as well as increasing government

Some of his group’s supporters already place animals above humans.

The group’s website includes moderated comments from supporters, including “EthicalOne,” who denounced drug testing on animals. But, the person added, “I have no problem if we test drugs and chemicals on murderers, rapists, criminal against humanity [sic] and mass shooters.”

Most people see the campaign to share human rights with animals as bizarre, Smith said. “The temptation is roll your eyes and not take it seriously,” he said, but “these people are mounting a full-scale war against the fundamental principle of Western civilization.”