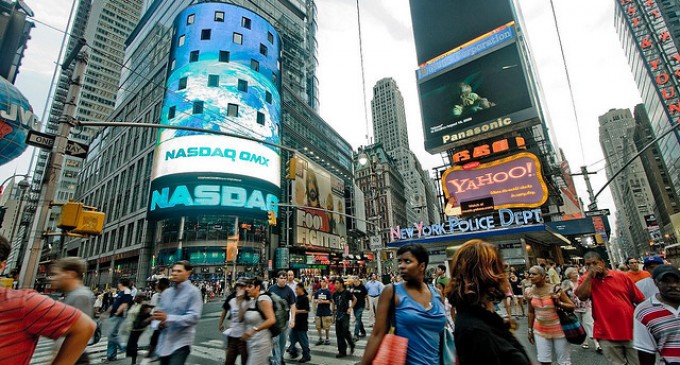 The Manhattan D.A. has charged an unarmed man with felonious assault after police who shot at him missed and injured two bystanders instead.

The incident dates back to September, when Glenn Broadnax, a mentally disturbed man, tried to throw himself in front of traffic near Times Square. The police tried unsuccessfully to restrain the 250-pound man, and panicked when he reached for his pockets. Thinking that Broadnax was about to draw a gun, two officers shot at him. They missed, and struck two bystanders instead, according to The New York Times.

Broadnax was, in fact, unarmed. He was reaching for his wallet.

Broadnax later said that imaginary voices had instructed him to commit suicide. He was deemed sane by a police psychologist, however.

He was arrested for resisting police, drug possession and menacing behavior. But according to a recently unsealed grand jury indictment, the Manhattan district attorney is also charging Broadnax with felonious assault. He is responsible for the shootings, not the police, said Assistant District Attorney Shannon Lucey.

“The defendant is the one that created the situation that injured innocent bystanders,” said Lucey in a statement.

That explanation rings false to one of the shooting victims.

“It’s an incredibly unfortunate use of prosecutorial discretion to be prosecuting a man who didn't even injure my client,” said Mariann Wang, lawyer for shooting victim Sahar Khoshakhlagh, in a statement. “It’s the police who injured my client.”