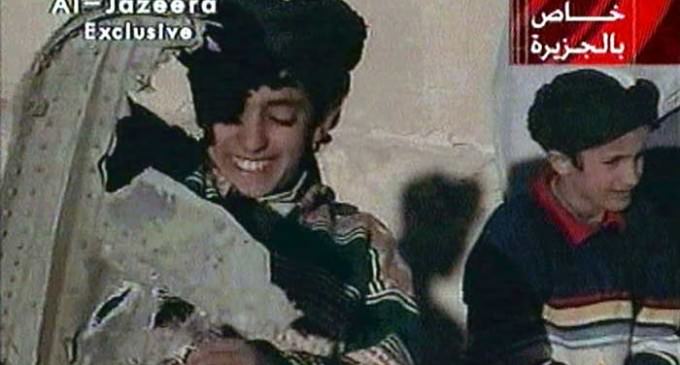 A son of Osama Bin Laden, dubbed the “Crown Prince of Terror,” has called for terrorist attacks on London, Washington and Paris in an audio message released by Al Qaeda.

The fairly arrogant kid, Hamza Bin Laden, who is 23 or 24 years old, groomed by his 9/11 mastermind father, is believed to be speaking in the audio recording.

Read more of the “Crown Prince of Terror” on the NEXT PAGE: