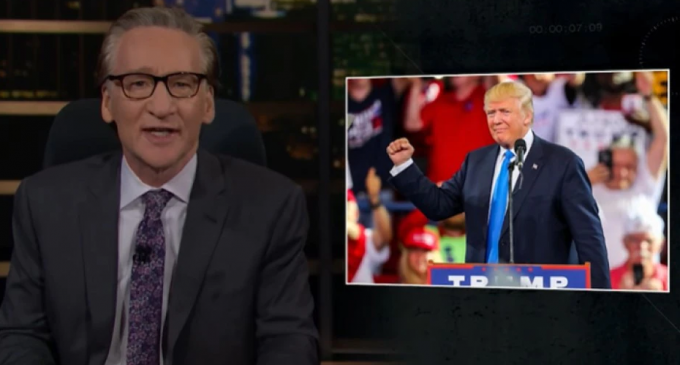 HBO show host and comedian Bill Maher devoted most of his New Rules segment last week warning of a detailed scenario former President Donald Trump will pull off to subvert the electorate with a “slow-moving coup.”

“I’ve been saying ever since he lost, he’s like a shark that’s not gone, just gone out to sea,” Maher said. “But actually he’s been quietly eating people this whole time. And by eating people, I mean he’s been methodically purging the Republican Party of anyone who voted for his impeachment or doesn’t agree that he’s the rightful leader of the seven kingdoms.”

“Don’t make me be, and I told you so again. You know, I was a young man of fifty-nine when I started using the term slow-moving coup, and it pains me to have to report it still moving,” Maher said, “which was basically a blueprint prepared for Trump and how he could steal the election after he lost it in November 2020.”

It's interesting that C-SPAN is promoting coverage of Trump's rally tonight as "Campaign 2024" when Trump hasn't, you know, announced he's running https://t.co/c09QfeM1NQ