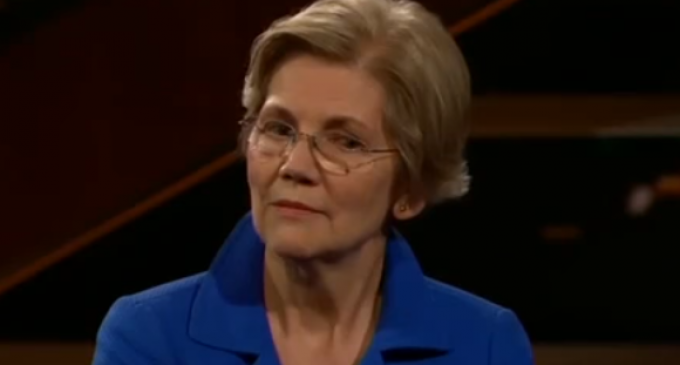 Bill Maher doesn't often take orders from the GOP, but every once in a while he accidentally finds himself in alignment with the right. Last week, the talk show host interviewed Elizabeth Warren. During their chat, Maher insulted Warren using a term name famous by Donald Trump.

This development comes the same week that Warren and Maher found common ground with Ann Coulter. After the controversial conservative speaker was forced out of a speaking event at UC Berkeley, both Warren and Maher rushed to her defense, claiming that she has a right to free speech.

But their surprising rally behind Coulter and shared political ideology didn't mean the interview was without drama.

After questioning Warren's repeated claims to be Native American, Maher called Warren “Pocahontas” — a name Trump often used to disparage the Senator on the campaign trail.

See how Warren reacted to Mahr's name-calling in the video on the next page: