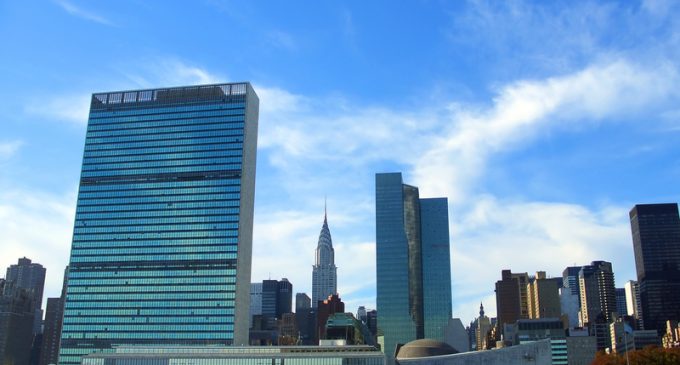 If you keep poking sticks at people, they are eventually going to get mad. And you're likely to get a result that are you not going to like. You will realize that people have limits, and while those limits differ from person to person, they are there.

It looks like the UN is about to get a demonstration of this truth. For so long this organization has attacked the US with impunity while gladly taking our money, that there are now folks on both sides of the aisle in Congress who are fed up with this “dictators' club,” and with its beating up on the United States. It's about time. In fact, it's way past time.

The purpose of the UN seems to have become one of serving as a platform from which undemocratic and ungrateful regimes are encouraged to launch verbal attacks on the United States. Let them do that from somewhere else at their own expense. And that's what legislation introduced into Congress is designed to do. More on page two.