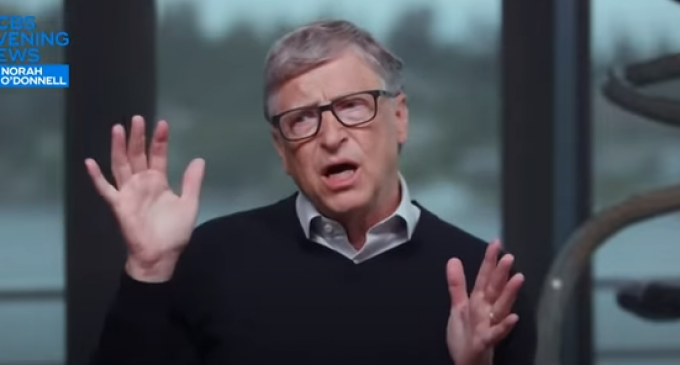 Billionaire Bill Gates has had to contend with a lot of conspiracy theory fervor being thrown his way related to the coronavirus pandemic, which the tech mogul and vaccine aficionado calls “bizarre.”

“I've never been involved any sort of microchip type thing … It's almost hard to deny this stuff because it's so stupid or strange,” Gates said of the theory that he planned to use vaccines for Covid-19 as a means to ultimately implant microchips in billions of people to ensure they were vaccinated.

“In a way, it’s so bizarre you almost want to see it as something humorous but it’s really not a humorous thing,” Gates said.

Gates certainly hasn't helped shield himself against such theories by having said such ‘bizarre' things as:

“Over this decade, we believe unbelievable progress can be made, in both inventing new vaccines and making sure they get out to all the children who need them … We only need about six or seven more — and then you would have all the tools to reduce childhood death, reduce population growth, and everything — the stability, the environment — benefits from that.”

Then there is the classic:

“First, we’ve got population. The world today has 6.8 billion people. That’s headed up to about nine billion. Now, if we do a really great job on new vaccines, health care, reproductive health services, we could lower that by, perhaps, 10 or 15 percent …”

The latest Gates quote to perk the ears of conspiracy theorists is the claim that ‘multiple vaccine doses' could be needed to help protect people against COVID-19. Turn the page for details.