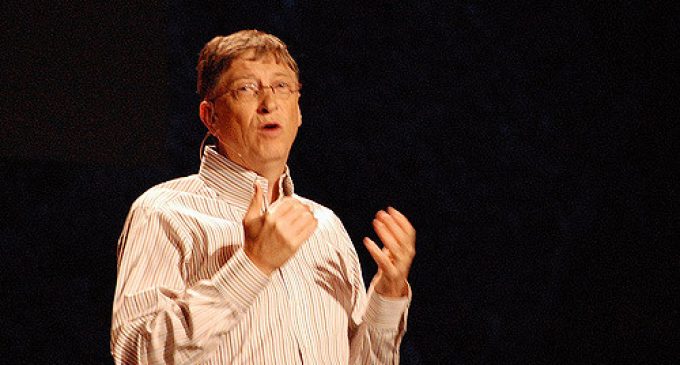 Bill Gates is not known for his politics, but he certainly leans Left. During the last election cycle, the Microsoft creator appeared to endorse socialism, calling the private sector an “inept” structure compared to government intervention. He also endorsed Barack Obama and told Politico he wished the former president had “more power.”

Since leaving Microsoft, Gates has gained most of his notoriety as a philanthropist. He has traveled the globe preaching the virtues of generosity and has given away a substantial amount of his fortune, as well.

Given these factors, one might think that he favors mass refugee acceptance across Europe.

While that assumption makes sense, it's also wrong. In an interview with a German newspaper, Gates argues that Europe must make migration more difficult if it wants to survive.

Read about that interview on the next page: