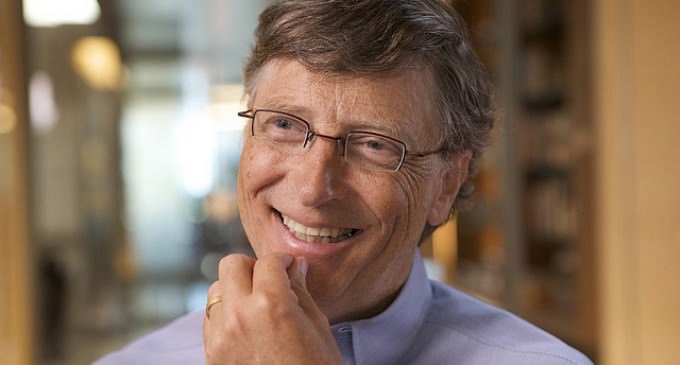 In a recent performance of anti-democracy sentiment, Bill Gates gave his full support for anti-constitutionalism and anti-democracy as a whole, stating that only socialism could save us from the “growing” threat that is climate change.

He claimed that the private sector is “inept” and that only bigger government led by China and the United States can truly save us all. Well, what about the mounting evidence that climate change isn’t real?

And what about the fact that liberals have no evidence to prove otherwise. Apparently, if you’re as rich as Bill Gates, you can actually buy logical thinking off thousands of people, throw it away, and then convince them all that you’re right.

Read more about this hypocrisy on the next page.